In northern Norway, deep inside the Arctic circle, Nussir ASA aims to build what it hopes will be the world’s first zero-carbon mining operation. But the company planning to buy its copper has gotten cold feet over other potential environmental concerns.

Aurubis AG, one of the world’s largest copper smelters, terminated a provisional agreement to buy raw materials from Nussir after opposition from local indigenous groups, the company said on Thursday. At issue, among other things, is the impact on the local reindeer.

“This is not lip service for Aurubis,” Daniela Kalmbach, a spokeswoman for the Hamburg-based company, said by phone. “We know that Nussir have made several efforts with the community, but we still see potential for this aspect to be considered even more closely.”

The episode is the latest example of how projects with a focus on sustainability are coming are coming under increasing scrutiny by clients and investors as concerns over businesses’ impact on the environment grow.

In April, the Nature Conservancy started an internal review following concerns that its sale of carbon credits was meaningless. A string of recent “carbon-neutral” natural gas deals inked by companies including TotalEnergies SE has been scrutinized for similar reasons.

For Nussir’s mine in Norway, the issue isn’t the zero-carbon claims of the project itself, but rather other concerns related to sustainability at the site.

“The Nussir copper mine will be built to the highest environmental standards,” company Chief Executive Officer Oystein Rushfeldt said by email, adding that the project has the support of local authorities and will benefit indigenous groups through work opportunities.

Nussir’s ambition to become a fully electrified, zero-carbon mining operation centers on its use of Norway’s abundant hydroelectric power, as well as a fleet of battery-powered heavy machinery. But critics in the local Sami population have fought the project, arguing that mining will wreak havoc on local wildlife and the community depending on it.

“There was great support by the local community in north Norway in general, and the project was fully approved,” Aurubis’s Kalmbach said. “Nevertheless, there was a smaller group of the indigenous Sami population who were very critical, both of the environmental impact and the potential impact on the reindeer population.” 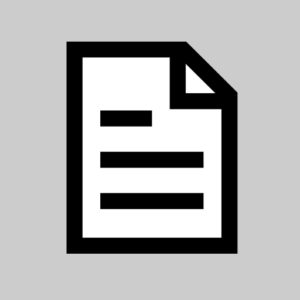